Can you work full-time & have a substantial PIP award? 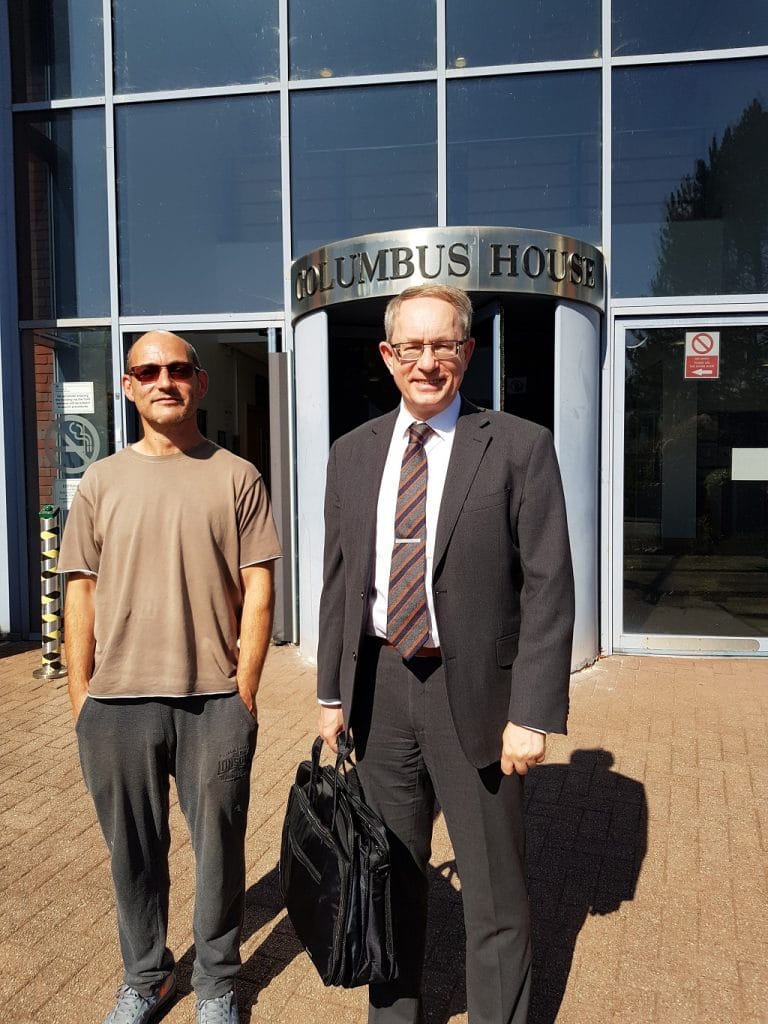 The Department did not think so; a score of zero points did not look promising.
Steve did a reasonable job with his claim form in August 2018. The medical
evidence he sent in with his reconsideration request was not that helpful. He suffers with degenerative disc disease, sciatic pain and reduced sensation in some areas, linked to the nerve problem that begins in his spine. His employer
has been really helpful, creating a new policy that allowed him to work from home
on a regular basis, which reduced his commuting.

No change at the reconsideration stage, but no surprise there. We had a couple
of quite good medical letters, but naturally these were not able to comment of the
activities that were appealing about. For that we used a series of witness
statements, from his wife, friend, work colleague and his manager. There was
some contradiction across the four statements, but I do not see this as a bad
thing in itself; it may actually help in terms of credibility and the weight that can
be given to the contents. Because of his back problem, we wanted 2 points for
the need for a seat for preparing and cooking food.

Steve does not have any proper aids in his home but uses the sink to help into the over bath shower.

We said that in the alternative, there was an issue over motivation and the need to be prompted. Again, no aid for helping him up from the toilet, but he uses a nearby cabinet and we argued that this was being used as an aid.

Like many of us, he needs to sit down to dress, but unlike many of us, he then needs to use a piece of furniture to get back to his feet. In the early days of PIP, the use of a seat for dressing was accepted by the Upper Tribunal as scoring 2 points for the need to use an aid/appliance, but sensibly, this is not now the view.

Many people who do not have an illness or disability need to sit down for aspects of dressing. We successfully argued that if a claimant needs to use something to get back to their feet, then that can be classed as an aid and score 2 points.

This was supported by case law on what constitutes an aid. Inevitably, the pain that Steve lives with has affected him emotionally as well, and we argued that part of that impacted on his ability to engage socially.

For mobility, he is very restricted. We argued that 1 to 20 metres applied, either in terms of distance or because the pain that he walked in spite of was such that
he was not walking ‘to an acceptable standard’, applying the PIP regulations and case law, which we also sent in ahead of the hearing.

I was expecting Steve’s appeal to be listed in about February 2020, so was surprised at it coming up this September. It left us a bit of work to do, but everything was ready for the hearing, with our submission, the case law we were referring to and those witness statements lodged in good time.

We all had to do some serious waiting at the venue as we went in 50 minutes late. Perhaps you can imagine the extra pain that Steve was suffering, but at least this was clear to the panel. We were in there for a full hour, but he dealt with the questioning very well. Because the tribunal members had to get lunch before starting their afternoon list, we had to leave without knowing the outcome.

My feeling was that we had done enough to get standard rate of both components, and enhanced rate mobility, with a bit of luck.  I was extremely pleased to read the decision when it arrived; standard daily living and enhanced rate mobility, dating back to July 2018, so a really useful amount of arrears, and a substantial contribution to the household income going forward. The award is for just two years, which is quite unusual, but the tribunal must have considered that something is likely to change in that period; let us hope that it is for the better.

My advice is that he and I should put our heads together over the renewal claim when the time comes.

In the meantime, another great team effort.

What you need to know about PIP rates and components
Next Post: PIP appeal in Cambridge