Would The Ambulance Crew Make It In Time?

Paul came for help with his PIP appeal on his fifth claim. With each of his first four claims, he had scored 6 points the daily living and 4 for mobility, giving him no award. Things had gone from bad to worse with the current claim as the department had awarded zero points. After going through the PIP test with him, our assessment was that he should have had awards of the enhanced rate of both components, scoring up to 17 points on the daily living side and at least 12 on mobility, a bit of a difference from where we were. The appeal was lodged in December 2018 and we set about gathering evidence to support our view. We took two witness statements and had some medical evidence. We also had a universal credit decision to place him in the support group in terms of his incapacity for work, and for work-related activity. Numerous efforts to take a witness statement from his support worker were unsuccessful. We went through Paul's PIP medical assessment and found a catalogue of factually incorrect statements, misunderstandings and examples of where important information had been provided by Paul, but not included by the paramedic who assessed him. 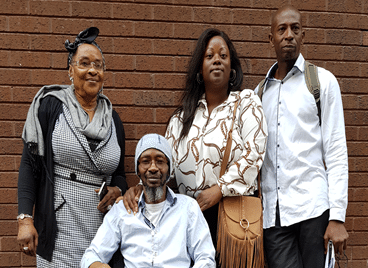 We included cases from the Upper Tribunal on getting into and out of an unadapted bath, on how anxiety can allow a person to score points under Planning & following journeys, and one that confirmed that there does not need to be a role for the person accompanying him on such journeys. Mornings are a particularly difficult part of the day for Paul and the Upper Tribunal have said that if a descriptor applies for a not insignificant part of a day, then the points are scored.

Paul explained that his left knee looks a mess, but a tribunal is not allowed to examine an appellant. However, there is guidance to judges, supported by a case from Northern Ireland, that says that they can take into account what they see, and that if no great amount of undressing is needed, then an appellant can show injuries to a tribunal. We explained in our written submission that this was going to be done, just to smooth the way and avoid any potential confrontation.

Paul's hearing was listed for June 2019 and the authors of both the witness statements came along. The Department was represented by a Presenting Officer, who proved to be capable, helpful and respectful to Paul. The Presenting Officer made the tribunal aware of the decisions made on the earlier claims and it was his suggestion that the hearing should be adjourned, giving the next tribunal the advantage of having copies of his earlier claims and the assessment reports. We considered that the panel was a good one and that they would have been prepared to award the standard rate of both components, then and there, but that they would need additional evidence to be persuaded that the enhanced rate of the two components should be awarded. All of this was said at the start of the hearing and our view was that we could have satisfied them about Paul's entitlement to enhanced rates. The judge explained that their medical member was concerned about Paul's presentation and indeed, he did not look at all well. They adjourned anyway.

The Department quickly produced the four claim forms and assessment reports, taking the appeal bundle to 492 pages. We had problems in complying with the tribunal's direction to provide medical evidence dating back two years because Paul had moved surgeries and his new one had taken the opportunity to send his medical records to be digitalised. Until Paul's hearing, we were not aware that the rules had been changed so the tribunals were no longer able to request medical evidence directly from surgeries; a cost-cutting change. Paul's new surgery had a limited number of pages of notes and they provided these free of charge; most surgeries charge £50 for full medical records. In the meantime, the Department had produced a supplementary submission, which bizarrely asked the tribunal to confirm the decision to award him zero points.

Paul's appeal was relisted for a hearing in London in mid July and 90 minutes was set aside by the tribunal for the hearing. Having arrived at the venue, we could see that all was not well in the tribunal room. The appellant in the case before us was clearly unwell and there was no doubt that his hearing was over. The tribunal's medical member was doing what he could but an ambulance was called and its crew began to work on the unlucky appellant. The tribunal clerk explained that there was no other room available for our hearing and unless the ambulance crew left with the previous appellant so that our hearing could start no more than 15 minutes late, then our hearing would not go ahead and we would have to come back. Luckily for us, the ambulance crew wheeled the man out with less than five minutes to spare.

After dealing with some preliminary matters, the judge handed the questioning over to the disability member, which is extremely rare as it has always been judge – medical member – disability member. One possible explanation was that the tribunal was already persuaded by what they had read that Paul should have enhanced rate mobility, so that only the daily living activities were still in doubt. Paul dealt with the questioning very well, in spite of having taken medication before leaving for the hearing, which left him quite drowsy. He did so well that there were not too many points that I wanted to ask him about, and then make submissions on, when my turn to speak came around

There was an anxious wait while the tribunal reached its decision, but it was well worth waiting for. They awarded Paul 13 points for daily living and 12 for mobility, giving him the award be set out to achieve, the enhanced rate of both components. He got a five year award and I was pleased that the tribunal's decision explained that they had placed particular reliance upon Paul's oral evidence that day.

Allowing the usual six weeks for the Department to put the tribunal's decision into effect, his arrears period spanned 69 weeks and his arrears should amount to £10,100.

Paul had been moved from employment and support allowance to universal credit and with this new award, he would have qualified for a severe disability premium of £65.85 a week to be included in his ESA entitlement. This too would have been backdated to May 2018. Unfortunately, Paul's transfer to universal credit was too long ago and it was not possible to get him back onto ESA using the SDP gateway.

Some firms doing this work would have charged Paul 35% of arrears, giving a figure of £3,535. And had it been possible to get the arrears of severe disability premium of ESA for Paul, this would have added another £1,500 to their fee, taking it to over £5,000. Even without that additional amount of ESA arrears, Paul saved over £1,000 because our fixed fee was not dependent on the amount of arrears.