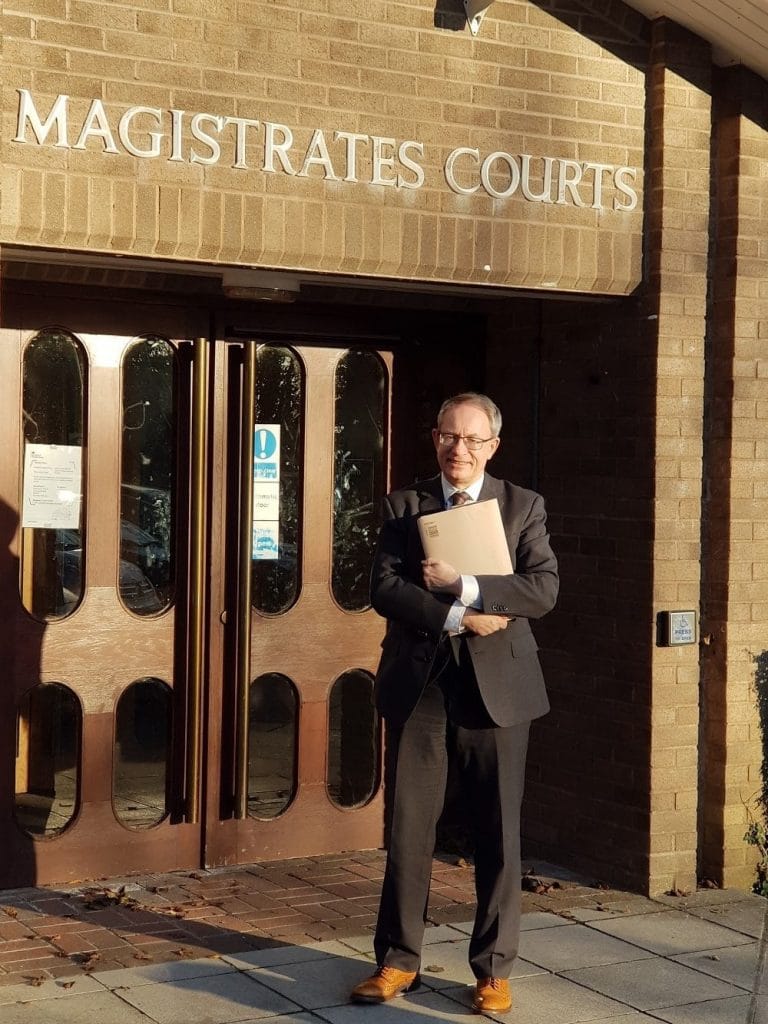 When Richard was 15, his Headteacher wrote a report for the DWP saying that he was “physically mobile, but not safe unless in a sheltered environment” and “no real awareness of danger concerned with traffic and needs a support person with him.” The Head closed saying, “He will continue to need a high level of support in whatever environment he moves on to.” Richard was 29 when the PIP decision was made and they scored just 2 points, for making complex budgeting decisions. His parents went through the reconsideration process but the Department did not move, so we put in an appeal.

He has a learning difficulty, is on the autistic spectrum and has been working part-time for the local authority for a few years now, in a supported environment. We did not have medical evidence in this case, but relied on witness statements from 5 family members, including one from Richard himself. It was made clear to us at the outset that Richard would not be able to attend the hearing, that he would go to pieces and totally panic. We also understood that his mum, who was also his appointee, would not attend either, as she was passionate, outspoken and had the potential to let her frustration show a little too readily. This became another case where we never did meet the client.

The local authority wrote a report on Richard in 2013, five years before the decision, in which they said that he needed to develop his level of awareness of his own safety when out on his own, that he has occasional panic attacks, mostly at night, but also whilst out on his own. That report also said Richard was not able to use appliances correctly, and needed support to use kitchen equipment safely. This was in the appeal papers but it did not persuade the Decision Maker, who preferred the opinion of the assessor.

When we went through the PIP test with Richard’s parents, our advice was that he should have qualified for the enhanced rate of both components. When preparing for the hearing in Truro, Cornwall, we had to remind ourselves that however strong a case it looked to us, you never know what sort of panel you will get on the day. The family was somewhat thrown by a telephone request to start the hearing an hour early as there had been a cancellation and we were able to accommodate this. More troubling to Richard’s parents was the clerk suggesting that the tribunal might want to adjourn when told that neither Richard nor his appointee would be attending. As we said, you never know what is going to happen at a hearing. The Presenting Officer from the DWP was surprised to see us as when we last met, it was at Fox Court in Central London when he was being observed by someone more senior at the end of his training. He is very personable but argued against parts of our case. I felt that the understated personality of Richard’s dad suited the hearing and panel well. I liked that they had to tease important information from him. The panel was pretty good; not all panels would have gone to the trouble, so it would have been my job to take him back through his evidence to fill in gaps.

We wanted points for needing supervision when preparing a simple meal, for prompting to wash and bathe, for support with choosing clothes, for a need for explaining complex written information, support with engaging with others and for the need to have someone with him when making both unfamiliar and familiar journeys. We invited the tribunal to look first at Preparing food, Reading & understanding and Engaging with others, because we felt that these were Richard’s strongest areas, and the easiest way of getting from the existing 2 points to the 12 that we wanted. The tribunal declined to deal with the appeal in that way, but went through the all the areas we identified in our written submission. The medical member seemed to understand Richard’s need to have someone with him, which was helpful, and we moved to questions from the Disability Qualified Panel Member. Richard’s dad did very well and there were few points and prepared questions that I needed to ask him. The Presenting Officer argued that Richard’s need for help in the kitchen did not meet the statutory wording in Part 1 of the regulations, that there was no risk to Richard’s safety. He helpfully conceded 2 points for Dressing & undressing, but wanted the tribunal to award just 2 points for Engaging with others, for the need to be prompted. Overall, the Presenting Officer was happy for Richard to have standard rate of both components. As his representative, I get to speak last in the appeal, so I had the chance to explain our view on Food and Engaging socially. Because of the cancellation, we were able to wait while the tribunal decided the case

After a longer than expected wait, we went back in to find the written decision was on the tables. The judge explained that they had accepted what we said about the need for supervision and engaging socially. Oddly, they did not award the 2 points conceded by the Presenting Officer on Dressing & undressing, but I saw this as a bonus, and had written off this part of the appeal during the hearing. No matter as Richard had his 12 points, on the four Activities we asked them to look at in the first place. The award of 10 points for mobility, for needing someone with him only on unfamiliar routes was something of a disappointment. My advice to Richard’s dad after the hearing was that this was wrong and could probably be successfully challenged, but I could see that he was relieved and happy with the award, which is what counts. Arrears back to October last year should work out at about £8,750.